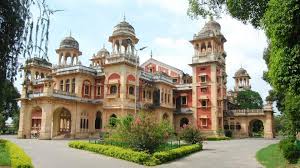 Allahabad,2/1: Professor Rattan Lal Hangloo vice-chancellor of Allahabad University resigned from his post after facing an allegation of mishandling cases of sexual misconduct and corruption.

Before resigning from the post, he said that he was unnecessarily targeted and pressurized to resign. He also added that baseless inquiries are initiated against him.

Various complaints are filed against Hangloo for his negative style of functioning as the National Commission of Women (NCW) ‘s report against him.