Munna changes his life in the film but unfortunately, that is not the case in his real life. The Actor's been missing for more than 4 years now. 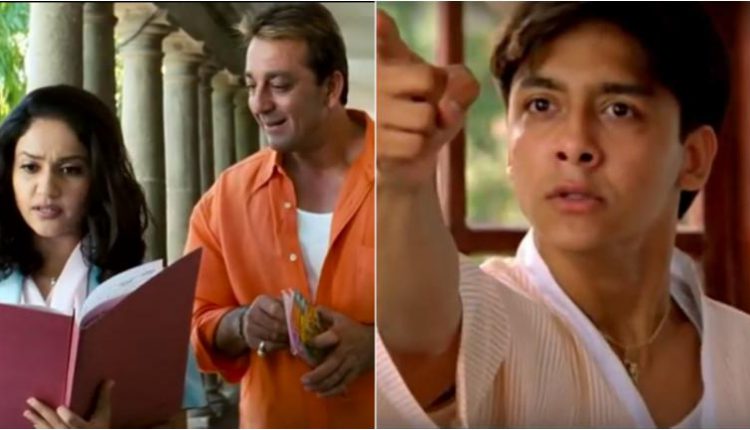 The Year is 2003, Munnabhai MBBS releases and takes the country by storm. It not only restores Sanjay Dutt’s stardom but introduces us to a talent known as Rajkumar Hirani. Well, we all know how good the movie and the people related to it were, I don’t need to brag about it. Apart from all the major actors in the film, there was this one boy in the song “Apun Jaisa Taapori” who got a lot of attention. Remember the guy admitted to the hospital for attempting suicide? Yes, we are talking about Vishal Thakkar. Munna changes his life in the film but unfortunately, that is not the case in his real life. The Actor’s been missing for more than 4 years now.

Vishal was last seen leaving his flat, to watch ‘Star Wars: The Force Awakens’ on December 31st. He had borrowed Rs 500 from his mother Durga and even invited her to watch the film with him but she denied, only to realize later that he will never come back. At about 12.10 am his Facebook post read Wish everyone a ‘Happy New Year’. He later texted his father Mahendra, a Mumbai businessman  “I am going to a party. See you tomorrow.”

The next morning he was seen at Ghodbunder Road at 11.45 am, January 1st, as he hailed an auto-rickshaw to Andheri for a shoot. Nobody saw him after that, it was as if he vanished without a trace.

According to Former investigating officer Mahendra Puri, “Initially, we suspected the girlfriend. But her statement had no discrepancies.” But Vishal’s family believes otherwise, saying, his then-girlfriend, also a TV actor, had lodged a complaint of rape and assault against him. “She frequented our house. One day they were together and the next day, she landed at my door with the police. It was a minor fight. Later, the two of them resolved it” said Vishal’s mother.

The family received no ransom calls, no notes were found and the bank account also showed no activity, no unidentified body was reported by the Hospital. The suspected Girlfriend was also found dead in her apartment due to a possible heart attack a few months later. The police informed that the actor was depressed after the complaint and his acting career took a hit because of it.

Let’s dive into possible theories, guessing what might have happened with Vishal.

Vishal went to a new year party before he went missing the next morning. It is quite possible that he got into a fight with someone, possibly with a member of a drug cartel or a gangster or even a spoilt brat.

in the morning when he was going for a shoot he was kidnapped and possibly murdered and his body was dumped somewhere safe.

Vishal was last seen with his girlfriend before leaving for a shoot. His girlfriend, who might be a short-tempered and impulsive person as she filed a molestation case for a minor fight.

It is possible that she got into a rage and killed him and later dumped his body with the help of a friend or relative. The alleged girlfriend’s death makes the case even more mysterious.

This theory is not as dark as the previous two. It was stated by the police that Vishal was depressed as he was not getting work in the industry due to molestation charges against him.

Maybe Vishal has run away from the chaos around his personal and professional life, maybe he is living his life somewhere peacefully or maybe he is reading this article and smiling.

If he is reading this we wish him all the best and urge him to come back.

On January 1, 2021, Vishal’s disappearance will complete 5 years, but the question of his existence still remains UNSOLVED.

‘Will Vishal ever come back?’ perhaps the question will remain a mystery.