The Foreign ministry summoned Pakistani diplomat over the recent encounter of 4 Jaish-e-Mohammed terrorists at Nagrota of J&K on Thursday. 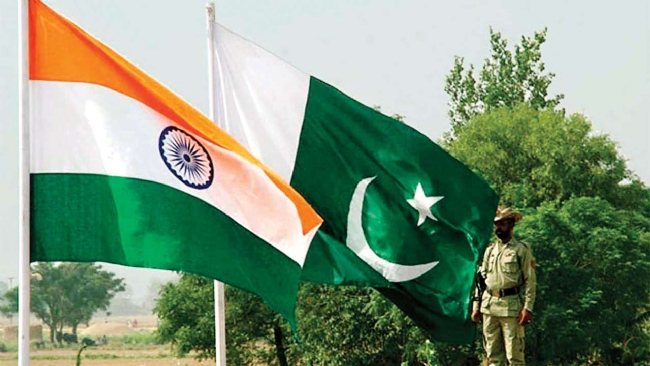 New Delhi, 21/11: The Foreign Ministry of India summoned the Pakistani High Commission’s Charge the Affaires on Saturday to register a strong protest and raise concerns over the encounter of 4 Jaish-e-Mohammed terrorists at Nagrota on Thursday. The Foreign Ministry condemned the ulterior motives of the Pakistan Government and asked to stop the state sponsoring of terrorists and terror groups operating in Pakistan.

New Delhi reiterated that Pakistan should fulfill its international obligations and stop funding terrorist groups to create a disturbance of any kind in India. The encounter of the four terrorists who were hiding in a truck resulted in the seizing of 11 AK-47 assault rifles, 2 pistols, and 29 grenades among other weapons. Two policemen were injured in the gunfight leading to the encounter. While the driver of the truck managed to escape, the four terrorists were killed. The Police suspected that the terrorists were “planning a big attack” and we’re heading towards Kashmir valley where the local elections are to be held soon. Sources also reported that the group was planning to strike on the anniversary of the infamous 26/11 Mumbai attacks.

This is the second time a diplomat from Pakistan High Commission was summoned in a week. Earlier, India summoned the diplomat to register complaints about the ceasefire violations along the Line of Control(LoC) in Jammu and Kashmir that left at least nine casualties.