Indira Jaisingh should be kept in jail with Nirbhya rapist: Kangana 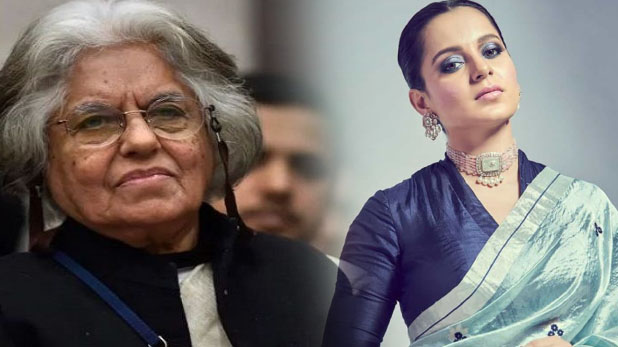 New Delhi,23/1: Top Bollywood actress Kangana Ranawat made a controversial statement while promoting her upcoming movie “Panga”.the Queen actress said that Indira Jai Singh,  who urged Nirbhaya’s mother to follow Sonia Gandhi’s path and forgive Nirbhaya rapists, should be kept in jail with the Nirbhaya rapists. And these kinds of women gave birth to such monsters.

She also said, “A person who has committed such a gruesome crime should not be considered a minor. He should be hanged publicly to set an example. Nirbhaya’s parents are fighting this battle for a long time. Killing the convict quietly will be of no use as you won’t be able to set an example.”