Pant and Sundar bats England out on Day 2, India leads by 89 runs

After Ashwin's wicket, Pant and Washington Sundar batted with caution and took India out of trouble. Pant took the aggressive route after reaching his fifty. 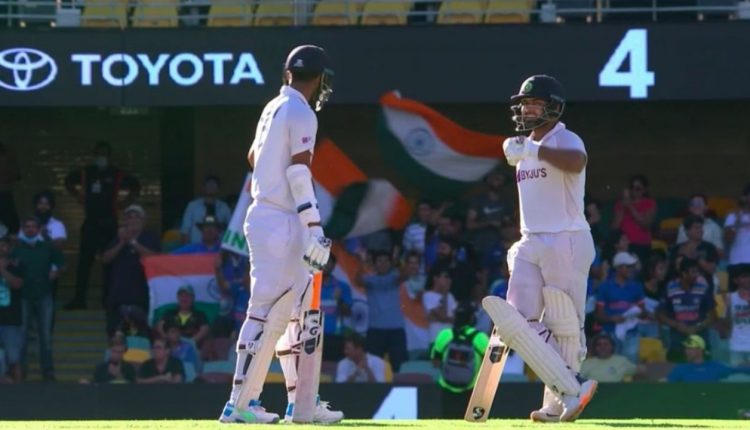 Ahmedabad, 5/3: India is in the Driver’s seat of the Ahmedabad Test. Chasing England’s modest 1st innings score of 205, India ended day 2 with 294-7. Wicketkeeper-batsman Risabh Pant scored a majestic hundred to give India a healthy lead.

Earlier in the day, India began its innings in a disastrous manner losing Pujara and Captain Kohli in quick succession. Vice-captain Ajinkya Rahane and Rohit Sharma stitched a small partnership before Rahane fell to Anderson just at the stroke of lunch. In form Rohit Sharma got out to a peach of a delivery from Ben Stokes for 49, leaving India in trouble for 121-5. All-rounder R Ashwin couldn’t contribute much and fell for 13 to Jack Leach.

After Ashwin’s wicket, Pant and Washington Sundar batted with caution and took India out of trouble. Pant took the aggressive route after reaching his fifty. He played shots all around the park, which included an audacious reverse sweep to Jimmy Anderson. He reached his 100 in ‘Sehwag’ style by hitting a six-over square leg. Sundar supporter Pant well and played some stylish shots in his Innings of 60 not out. At the end of the day, Axar Patel(11) is batting with Sundar.

England bowled well in the first two sessions, but they let the foot off in the last session. Dom Bess, the off-spinner in particular was disappointing and bowled poorly. He was inconsistent with his line and length and bowled full tosses regularly. Ben Stokes bowled his heart out in the heat and got 2 wickets, while Anderson got 3 wickets and Leach also picked up 2 wickets among others.

With the lead nearing a hundred, India is placed comfortably in the test match. Sundar would like to score some more runs to fix his spot in the team. Axar Patel, a capable batsman would like to show his batting ability to the world. Meanwhile, England on the other hand has given up mentally and they are just waiting for the test match to be over. Well, don’t be surprised if we see a result tomorrow on day 3.