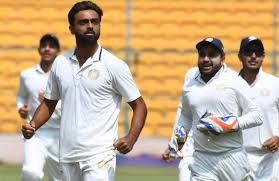 Saurashtra, 13/3: Saurashtra won the Ranji Trophy by beating Bengal on the basis of a first-innings lead. Saurashtra scored 105-4 in their second innings. Arpit Vasavada is adjudged as the player of the match for his brilliant batting display. Jaydev Unadkat, the skipper of Saurashtra played a vital role in their campaign by claiming 67 wickets.

Fast and Furious 9 delayed a year due to Coronavirus