Section 144 imposed in 2 places in Delhi 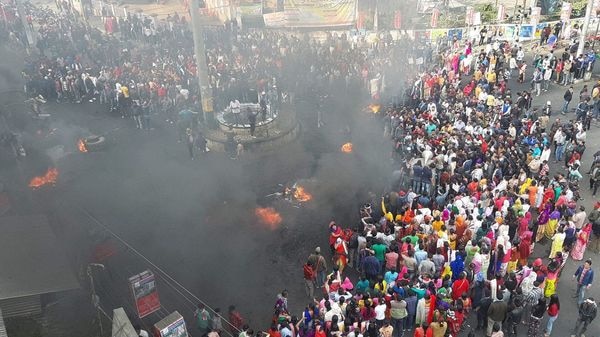 New Delhi, 19/12: The protest against the Citizenship Amendment Act has been increasing day by day. As many as 12 people were arrested in Seelampur violence and 5 people were arrested in the Jafrabad case. Section 144  was imposed in 2 places of the national capital. One is near the red fort area and the other one is in the North-East district.

17 metro stations are also closed due to the protest in Delhi. This results in massive traffic jams in the Delhi-Gurugram highway.

Previously, the Delhi Police refused to give permission to the protest march of the Communist party from Mandi House to Jantar Mantar.